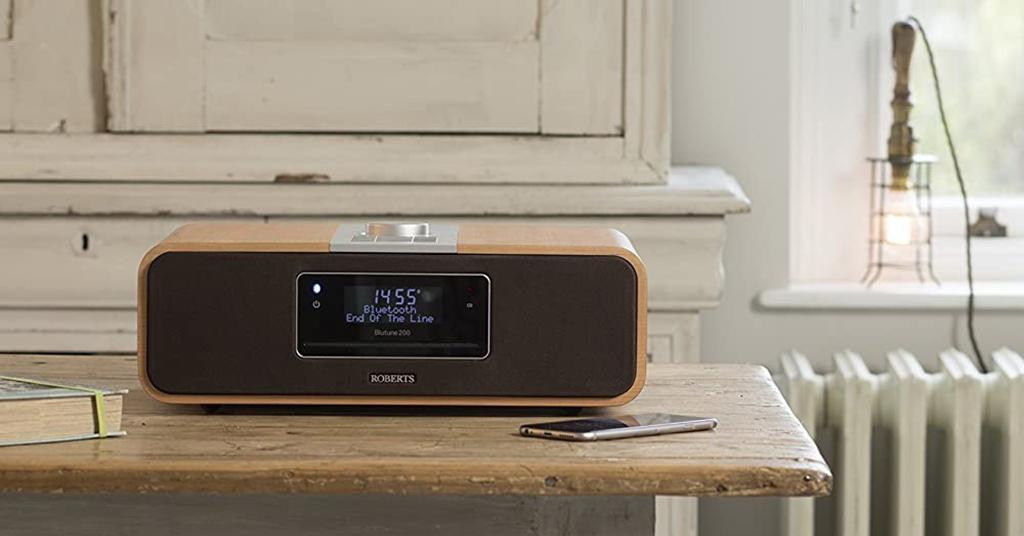 The Roberts Blutune 200 is a DAB radio with a whole host of extra features, from a CD drive to Bluetooth connectivity. But is it worth its relatively high price? Our experts put it to the test in another of our in-depth reviews. Read on to find out what we thought of it!

Roberts have built their reputation as much on their eye for design as for their sound quality. While they are perhaps best known for their Revival series, they also have plenty of other products in their portfolio- including the Blutune 200. Offering something a little more modern than their Revival series, the Blutune 200 comes with a real-wood case, either in cherry with exposed grain or a lacquered black finish. Which version you choose will come down to personal preference, but both are equally eye-catching.

On the top of the unit is a plastic panel which houses all of the controls. These are clearly laid out, so it won't take you too long to get to grips with them. If there's one part of the Blutune 200 that maybe feels a little dated, it would be this, since it is still much the same design as when Roberts were making a version of this radio with an iPod dock. However, we do like the addition of a volume wheel rather than buttons. There's something about the tactile feel of this that makes a radio so much more enjoyable to use.

On the front, you've got the screen, surrounded by a fabric speaker grille. The screen is only monochrome, but the text is fairly large, making it easy to read from across a room. The CD slot is also incorporated into the front of the Blutune 200, below the screen. Unless you are looking for it, it's pretty unobtrusive- a lot less distracting than a big pop-out tray would be.

That premium build quality does come at a price, though. The Blutune 200 is one of the more expensive DAB radios on the market. This is partly because of the CD player, since all radios with this feature cost more. It's also due to the quality of the parts used, since the radio is so well-built. 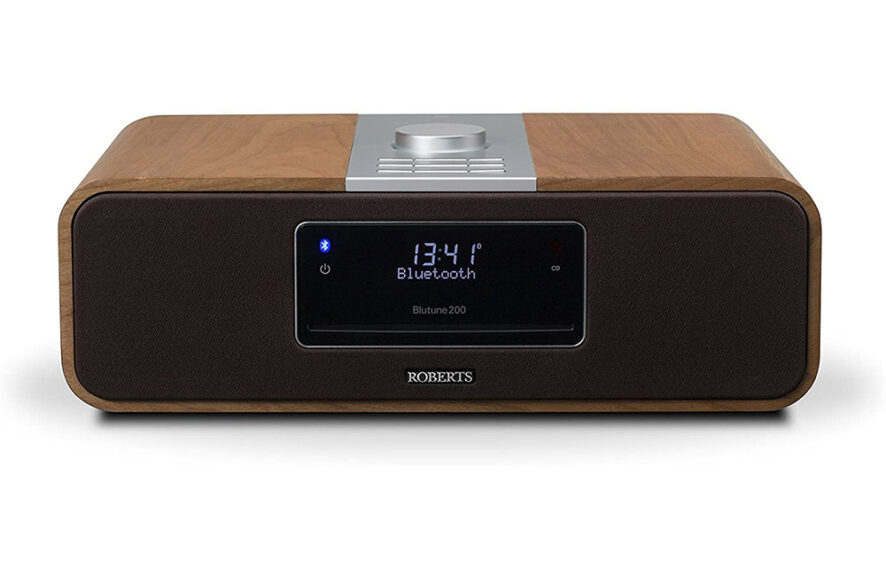 Roberts haven't risen to the top just on looks alone. Their radios also offer top-notch sound quality, and the Blutune 200 lives up to that reputation. With hi-fi sound quality, this model is a joy to listen to across both music and speech content.

As a fairly sizeable DAB radio, it can go seriously loud- during testing, we didn't need to turn it above about 50 percent volume. Unlike some of Roberts' smaller radios, which we have found to be slightly lacking in bass, the Blutune 200 can comfortably handle low end without losing its grasp on higher frequencies. 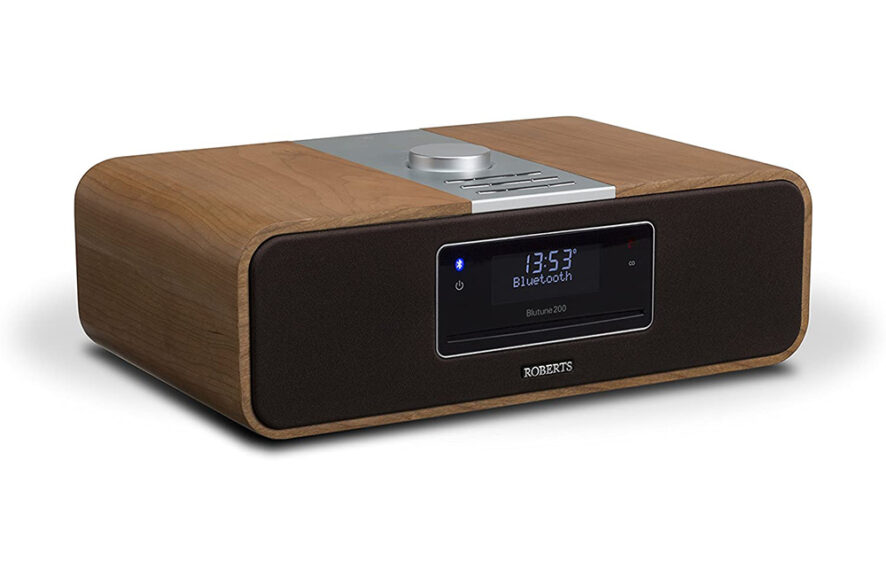 As a radio, the Blutune 200 comes with DAB, DAB+, and FM modes, giving you access to all your favourite local and national stations. But if you feel like listening to your own choice of content, then it also offers a whole lot more choice. The main thing to mention here is the addition of the CD player. Whether you've never moved away from physical media, or if you want an excuse to relisten to your collection that's just been sitting around, it's a great feature to have. It also allows you to listen to your music in the highest possible quality- and appreciate just how good the Blutune 200 sounds.

It also includes Bluetooth connectivity for wireless streaming- another very useful feature to have. Setting this up is super-simple, and once you've connected the first time, you can pair up automatically from then on. Unfortunately, the Blutune 200 doesn't connect to the internet itself, but the Bluetooth mode allows you to do this via another device.

For devices without Bluetooth, there's a 3.5mm aux-in port to plug straight in to the Blutune 200. There's even a USB port on the back for playing files as well, which can also be used to record from the radio onto a USB drive.

Finally, the Blutune 200 comes with a remote control. This is useful when listening to CDs, as you can quickly skip a track you don't like. But it also comes in real handy for the DAB radio mode, too. It's unusual in that it's sideways when compared to the average remote control. That makes it perhaps a little less intuitive when you first use it, although we found that we got used to it quite quickly. 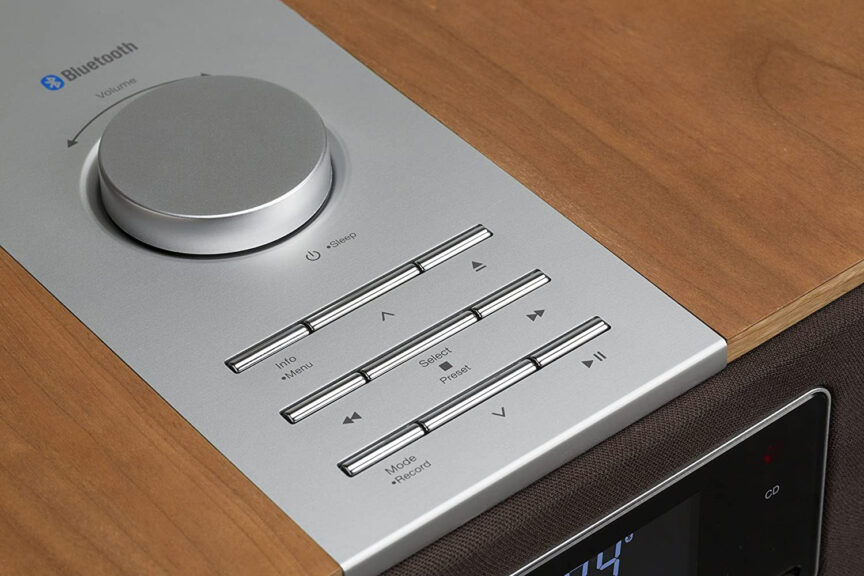 All in all, the Roberts Blutune 200 is a good radio- if you're willing to part with this amount of money for it. It's a very nice looking radio with a good solid build, a wide range of useful features, and Roberts' trademark high sound quality. That being said, it is quite pricey for what it is, with many other brands offering something similar at a slightly lower cost. However, if you're tempted by its stylish look, then you surely won't be disappointed.