What Is Telemedicine? A Complete Guide 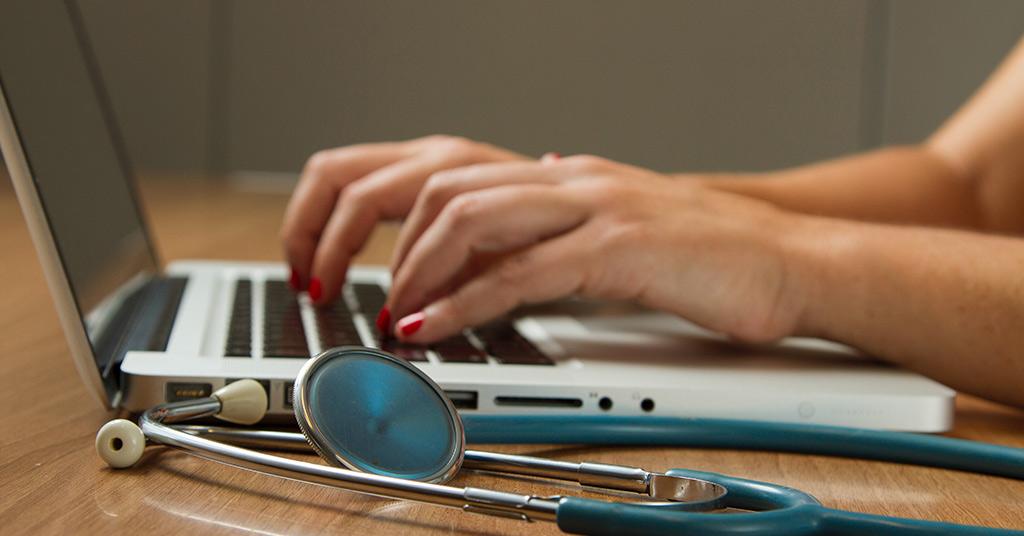 Telemedicine is one of the fastest-growing tech trends right now. In just a few short years, it has completely transformed the ways that doctors and other medical professionals treat their patients. At a time where the medical sector is being stretched to the limit, it has never been more important. But what is telemedicine, and how does it work? In this blog post, we'll be taking an in-depth look at this topic.

Telemedicine, as the name suggests, involves providing medical services remotely through the use of technology. While we might think of this as a relatively new concept, it has actually been around in some shape or form for over 60 years. In the late 1950s, a handful of hospitals and medical centres in America began working together to provide specialist treatment to those who needed it most. These early experiments often only sent information across relatively short distances. However, the implications would be enormous, as they could then be rolled to other areas.

Two health centres in Pennsylvania transmitted images of radiology scans over the telephone line in the late 1950s, years before the fax machine. A few years later in 1959, at the University of Nebraska, researchers used two-way televisions to transmit neurological scans to students across the campus. Within five years, they had built on this technology to link up the University with Norfolk State Hospital, some 112 miles away. In a rural state like Nebraska, this could have enormous benefits. It would give hospitals and health centres across the state access to the expertise of the university.

While this technology was once cutting-edge, it's now something that virtually everyone has access to. Thanks to the rise of the internet, we are more connected than ever- and this has helped to take telemedicine to a whole new level. Over the last ten years or so, video conferencing in particular has helped make telemedicine an increasingly common component of healthcare in general. 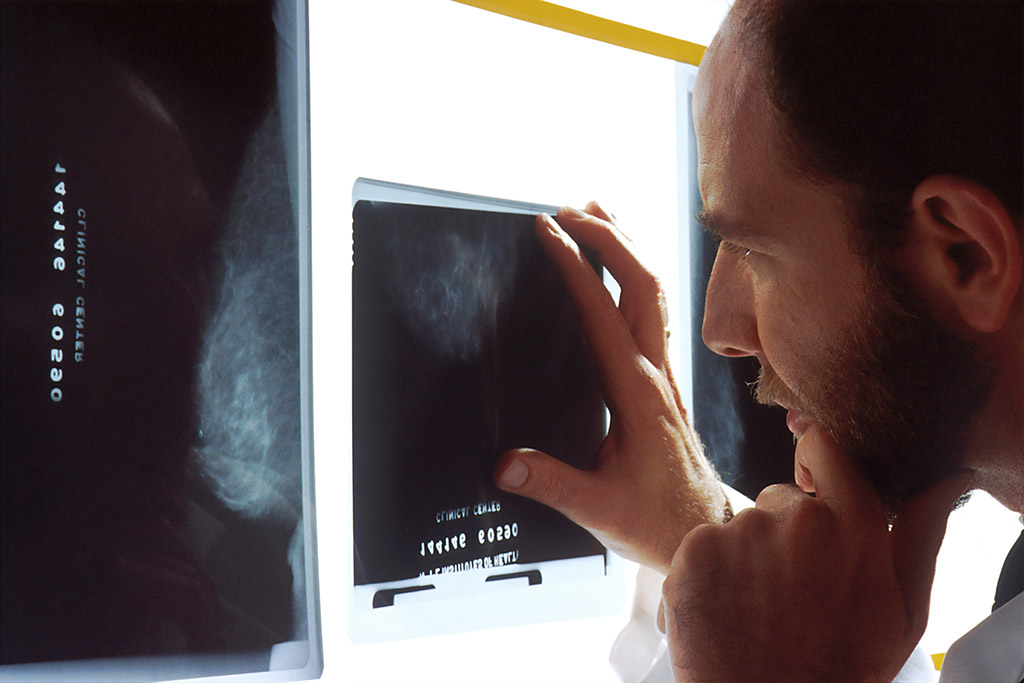 While the terms "telemedicine" and "telehealth" are sometimes used interchangeably, they actually mean two different things. Telehealth is a much broader term. While it can refer to the administration of services to patients, it also covers training and other support for healthcare workers as well. It can also be used to refer to public health messages, such as TV adverts. Telemedicine is a subcategory of telehealth. It takes the basic theory of the latter, and then applies it in a specific manner- treating patients.

How Does Telemedicine Work?

Telemedicine can be carried out in a number of different ways. There are three main forms:

This is perhaps the most straightforward method of telemedicine, as it simply involves a video call between doctors and patients. It is sometimes also called "real-time" telemedicine. If a physical examination isn't required, then it's a lot simpler for the patient to talk to their doctor without coming in to the surgery- they won't need to take time off work.

In the past, it could often prove difficult for healthcare workers in different places to all work together to treat one patient. When all tests and medical records were stored solely on paper, these records would have to be sent between hospitals and GP surgeries, and the patients themselves might have to make multiple appointments with doctors across multiple hospitals. Now, though, telemedicine makes things a lot simpler. If a GP needs a second opinion on some test results, they can just send them to another doctor electronically, saving valuable time. If a patient needs an x-ray, the results can be forwarded to their GP, so that they don't need to travel to the hospital again.

Many patients with long-term illnesses or health problems need to regularly monitor things like blood pressure of blood pressure to ensure they are managing their condition properly. Thanks to telemedicine, this data can be easily shared with their doctor remotely. This eliminates the need for them to regularly visit the GP surgery for tests which can be carried out at home. It also means that they can be seen much quicker if the doctor notices anything out of the ordinary, rather than waiting for their next check-up.

What Are The Benefits of Telemedicine?

Telemedicine can bring many benefits to both healthcare professionals and patients alike.

For those in the healthcare industry, telemedicine can massively increase efficiency and productivity. Electronic medical records make it much easier for different doctors to treat a patient. AI diagnosis may become a thing in the next few years, which would take a lot of pressure off doctors treating minor ailments.

Treating patients remotely will also increase efficiency for providers, since it means they can see more patients in a given period of time. Naturally, that benefits patients too. It means that they won't have to wait as long to see a doctor. For those in remote areas, they won't have to travel unless necessary either.

Private healthcare providers stand to benefit the most from telemedicine. For them, time is quite literally money. By maximising the number of patients they can treat, without decreasing the quality of care given, they could make higher profits. However, public healthcare can benefit in much the same way. While they won't get more money, they will be able to make better use of their budget, freeing up funds for other areas.

How Can Telemedicine Be Applied?

The opportunities offered by telemedicine are enormous. In theory, it could be used to benefit virtually every branch of medicine. However, there are a few areas which stand to gain the most from this new technology.

Firstly, doctors will be better equipped to treat patients with chronic illnesses. Often, these require the patient to regularly visit their GP for simple tests such as blood pressure. If these tests can be carried out at home, then telemedicine allows their condition to be managed remotely. If there is anything out of the ordinary, then the doctor can make an appointment for a face-to-face consultation. This will save both parties a lot of time in the long run, as it means patients only come in when they really need to.

Telemedicine also stands to benefit the elderly more than most. This is because many older patients may have difficulty leaving the house to see their doctor. They are also more likely to be suffering from chronic conditions. By treating them remotely, doctors can ensure these patients can still access the treatment they need without putting any extra strain on them.

Finally, as mentioned earlier, this technology has enormous potential for helping people in rural areas. Specialist medical knowledge and equipment is usually concentrated in cities. By sharing resources with urban hospitals and universities, rural doctors are able to give their patients the highest possible quality of care.

Are there any disadvantages to telemedicine?

As with any new technology, telemedicine isn't without its flaws. For one thing, medicine is largely built around face-to-face interaction between doctors and patients. Medical staff are trained on the assumption that they will be physically present when treating patients. Without this, there is always the risk that certain illnesses or conditions that are normally easy to spot may be overlooked. Of course, this can be overcome by additional training, and it will likely become part of standard medical education as telemedicine becomes more and more commonplace.

Telemedicine also relies on all parties having access to the required technology. Some hospitals and medical centres will have the budget for this stuff, but others won't. This is particularly likely in rural areas- the same places that would benefit the most from this technology. Plus, some applications need the patients themselves to have access to that tech, too. Again, it's rural or poorer areas which will suffer from this- although most people nowadays will have the required technology for a simple video call.

The future of telemedicine

Technology is constantly evolving at a rapid pace. That means there is enormous potential for telemedicine over the next few years. In fact, smart technology has already begun to have an impact on the healthcare sector. Fitness apps are highly popular across the globe, and major tech companies have started to develop "wearable" technology. Some of these products, like Google Glass, didn't take off. But the popularity of the Apple Watch shows that there's a clear public appetite for monitoring health data. As robotics get more advanced, doctors might even be able to carry out whole operations remotely in the future. That's probably still quite a way away, but it will almost certainly happen at some point.

Last year, the global telemedicine market was valued at $45 billion. By 2026, that figure is predicted to more than triple to $175 billion. While telemedicine is still in its early days, one thing is for sure: it is already here to stay.