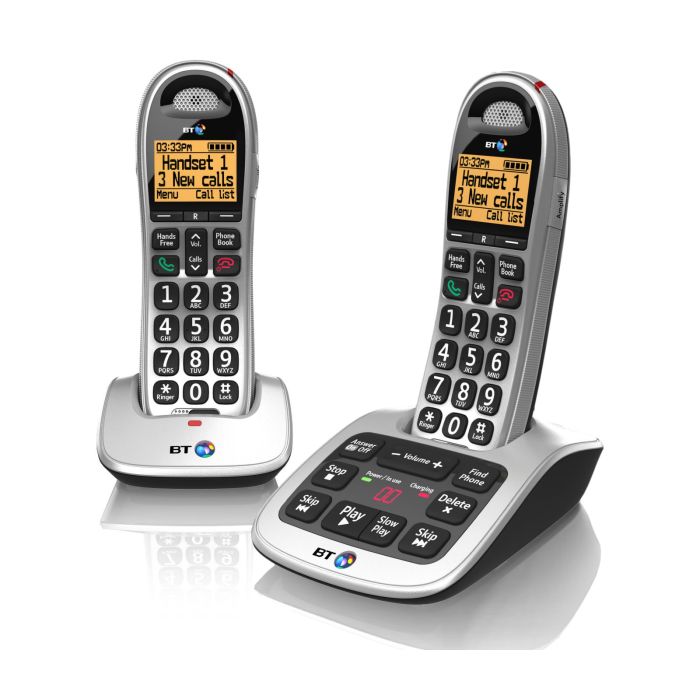 The BT 4500 has been designed for elderly users, and as such incorporates a simple design, large backlit screen, and bigger buttons to allow for easier use. The phones also feature BT’s nuisance call blocking (which allows users who are pestered by unwanted cold calls to blocking incoming calls from 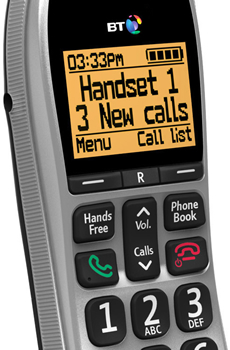 international and withheld numbers) and an integrated digital answering machine. A reliable and easy option for those seeking to keep in touch with loved ones via landline.

The BT 4500 caters to users whose sight and/or dexterity may not be what it used to. Names and numbers are displayed in extra large black font on the clear amber backlit screen, and the buttons have been spaced apart and are larger than normal phones to enable more accurate dialling and operation.

The BT 4500 Twin benefits from a number of useful features to take advantage of, such as the phonebook, which has a memory for up to 100 names and numbers so you can see who is calling and/or make outgoing calls without having to dial. Users can also make disturbances from nuisance calls a thing of the past with the call blocking feature, which when activated will prevent the handsets from ringing when the incoming call is from an international or withheld number (which account for most cold calls). 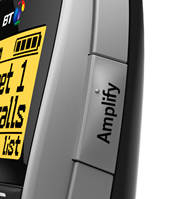 The superb sound quality of the BT 4500 Twin ensures users can enjoy telephone conversations in brilliant clarity, and for those with hearing difficulties the volume can be enhanced via the intuitive ‘Amplify’ button on the side of the handset. The 4500 also benefits from an integrated loudspeaker for continuing calls conveniently in hands-free.

The integrated answering machine can record up to 60 minutes of messages, which can be played back using the controls on the base or from the cordless handsets. When using the cordless handsets to listen to messages, the visual voicemail feature will displays messages as a list with details of the name & number of who left the message, and the time it was recorded; you can also select which message to listen to first. Another useful function of the answer machine is call screening, which allows users to listen to a message as its being recorded and still accept the call.