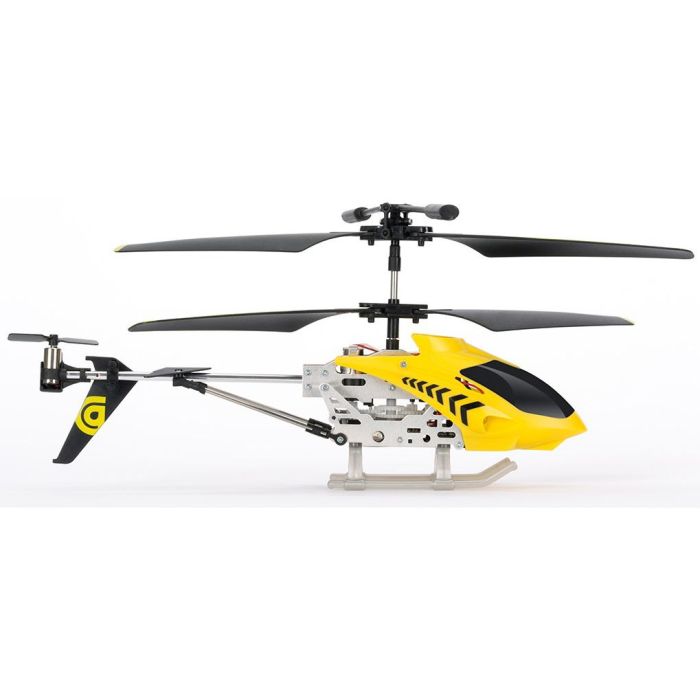 Be the first to review this product

Control the chopper from your iPhone, iPad or iPod touch using the HELO TC Chopper app (a free download on the iTunes App Store). Use joystick controls on your Multi-Touch display, or tilt your handheld device to fly Make up missions and record up to three flight plans for later recall

The Griffin HELO TC Chopper is a remote-controlled toy helicopter designed to be controlled entirely from an app for your iPhone, iPad or iPod Touch. The free app supports both touch or tilt controls and the ability to control LEDs and record flight paths.

With this remote-controlled helicopter, you don't need to worry about losing another remote control, since everything is controlled by an app for any smartphone or tablet computer running the Apple iOS operating system. You can choose from touch controls featuring a virtual joystick on the multi-touch display or from tilt controls that allow you to tilt the phone or tablet to move the chopper.

Record and Plan Your Missions

The app provides a record and recall feature which records flight paths allowing you or any other user of the app to repeat the same flight pattern. You can store up to three flight plans in total. Additionally, you can remotely control a series of bright LED lights on the helicopter.

Why Should You Buy this Toy?

Requiring no additional remote control or batteries (a rechargeable battery is included), the Griffin HELO TC Chopper makes for an excellent toy for children of ages of eight and above. The only requirement is that you have a mobile device running the Apple iOS 6.0 operating system or above.