How to Preset Stations on Pure Radios 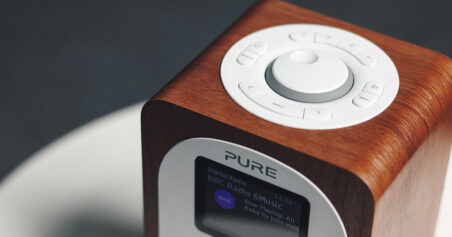 There's been an explosion in the number of digital radio stations in the UK in recent years. While you'd once only find major national stations broadcasting on digital, there's now an enormous number of stations to tune into.

But while that's generally good news for listeners, it can make it a bit annoying to scroll through dozens of stations just to find the ones you listen to most often. Luckily, though, most radios come with a solution: presets which allow you to save those stations for easy playback. If you want to read all about how to save station presets on Pure radios, then you've come to the right place!

Pure radios come in all sorts of shapes and sizes. However, the vast majority of them use the same process to save presets.

Most will have a few one-touch preset buttons. The number of these varies from one radio to another- for instance, the Elan Connect+ only has two, while the Evoke H4 has five. To save a station to these buttons, simply tune in to the one you want to save, and then press and hold the desired preset button. After a moment, a message should pop up on the screen telling you the station has been successfully saved.

As well as these one-touch buttons, you can also save additional stations in a separate menu. The final preset button should have a plus sign next to it. When you press and hold this, you'll then be taken to a menu with all the available preset slots. Just scroll to where you want to save the station to, and press "select".

As with the number of preset buttons, different radios can save different numbers of stations. Some models can save up to 20, while others can save a whopping 60 station presets- in some areas, this will mean you could save every locally available station, and still have spaces spare. However many you can store, we'd recommend that you think strategically when saving them. Keep the ones that you listen to most often towards the top of the list, so you're not left with the same problem you had before!