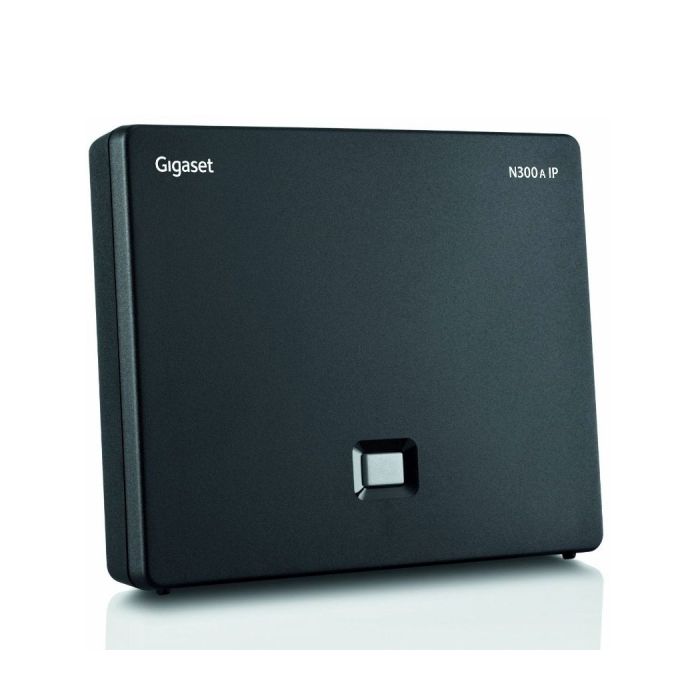 The Gigaset N300A is a feature­rich base station designed for handling both landline and VoIP phone calls. It is equipped with a digital answering machine and support for holding up to three calls in parallel and connection to six different lines. Offering exceptional audio quality, the system provides full support for wideband audio in Internet telephony applications.

Businesses and home users alike are rapidly starting to take advantage of the cheaper, higher quality phone calls afforded by VoIP applications, and the Gigaset N300A provides excellent support for such systems as well as the traditional landline. Users can also handle multiple phone calls at the same time, add new user accounts and register a total of six handsets to the base station. Compatible handsets also allow you to check your email and take advantage of a range of other useful online features. Additionally, Gigaset provides its own VoIP service at Gigaset.net, allowing users to make free calls to other Gigaset VoIP users anywhere in the world.

Providing you with everything you need to avoid missing important phone calls, the Gigaset N300A sports a digital answering machine with half an hour of recording time. You can also use the built­in memory for recording phone calls in progress. Your messages will be accompanied by date and time information which will be announced by voice.

Deploying the Gigaset N300A is a quick and painless process thanks to its plug­and­play setup. Registering a new handset to the system is simply a matter of a few button presses, and you'll be ready to start making either landline or online calls.

Why Should You Buy this Accessory?

The N300A is compatible with a range of cordless handsets from Gigaset, making it a suitable replacement part.