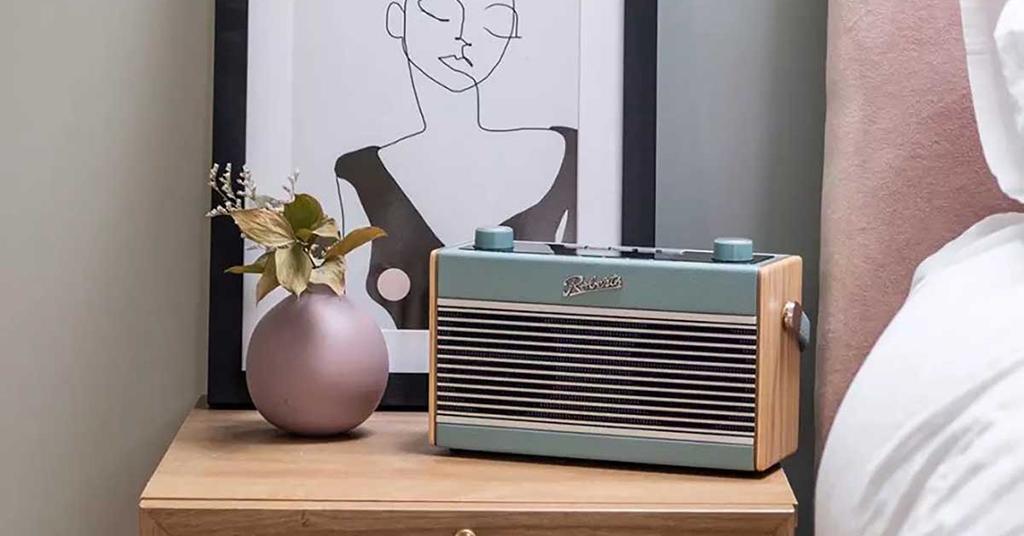 The Roberts Rambler BT Stereo is a new DAB radio from one of Britain's most popular audio brands. Building on the success of the Rambler BT, it adds an extra speaker for full-stereo sound, along with a few design tweaks. But is it a worthwhile upgrade? Our experts put it to the test in another of our in-depth reviews. Read on to find out what we thought of it!

In terms of its basic design, the Rambler BT Stereo is very similar to its direct predecessor, the Rambler BT. That, in turn, was based on Roberts' original Rambler model from the 1970s. Unlike the mono version of the radio, though, this one is available in a couple more colours: duck egg blue, leaf green, dusky pink, or navy blue. Each comes wrapped in a pleather casing, with exposed wood panels on either side for a pleasingly vintage look.

On the top of the radio are the controls. There are quite a few of these, but they're all clearly labelled so you can see what you're doing. The control panel has actually been redesigned from the Rambler BT. The earlier model had thinner buttons which we found could sometimes be awkward to operate. The Rambler BT Stereo, on the other hand, has larger buttons that are separated out, making them easier to use.

Finally, there's one dial for adjusting the volume, and another for flicking through stations and scrolling through menus. We always mention this, but here at liGo, we much prefer a volume dial to buttons. There's just something about the tactile feel that makes these radios a lot more enjoyable to use- and it perfectly suits the Rambler BT Stereo's retro charm. 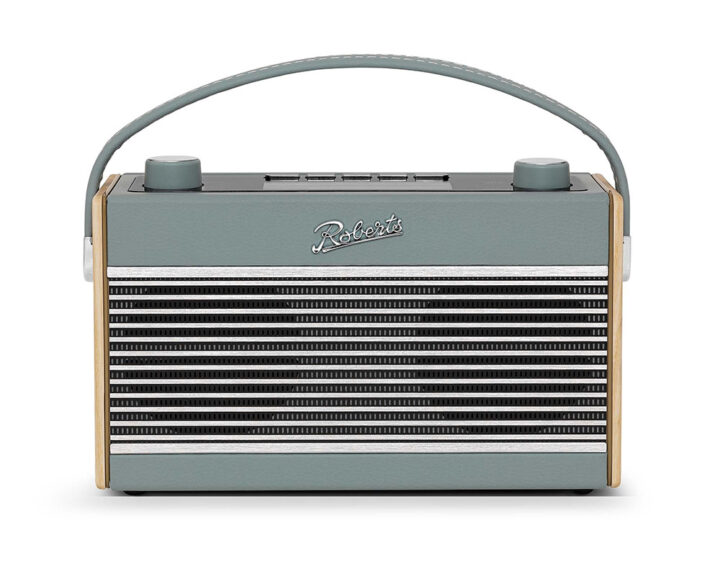 As the name suggests, there's a key difference between the Rambler BT Stereo and its predecessor: the addition of an extra speaker for full stereo sound. This radio is designed to be portable above everything else. Naturally, that means it's not going to be as powerful as a full-size home hi-fi. That being said, we were still impressed by the Roberts Rambler BT Stereo.

Often, portable speakers tend to be quite light on bass, especially ones that are somewhat shallow in measurement. However, the Rambler BT Stereo has a fair amount of kick to its low-end. Likewise, the speaker can go surprisingly loud for a portable model- the additional speaker certainly helps with this. 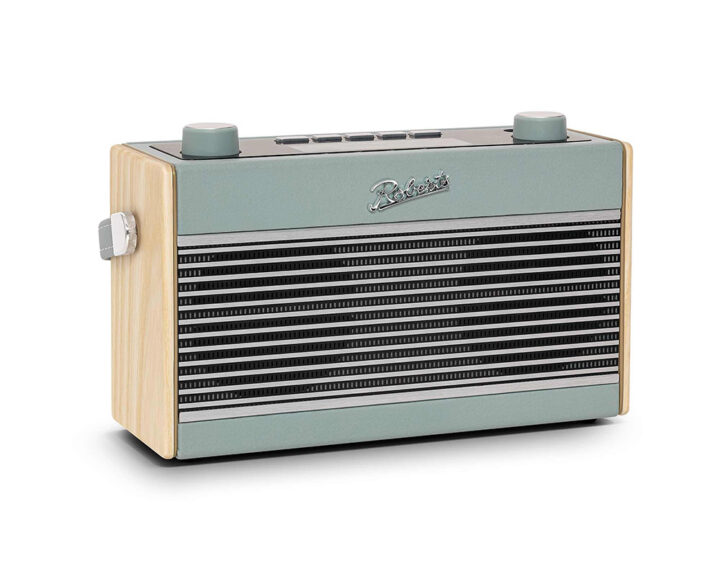 As well as DAB radio, the Roberts Rambler BT Stereo also includes DAB+ compatibility and an FM mode. This gives you access to all locally available stations, as well as ensuring your radio remains futureproofed for years to come. You can save up to 10 station presets on each mode, making it easier to access those you listen to most.

The Rambler BT Stereo is more than just a radio, though. The "BT" in the name stands for "Bluetooth", meaning you can connect up your smartphone to play your own choice of music or podcasts. There's no aux-in port on this model, but there is a headphone jack for private listening.

As the name suggests, the Rambler is intended as a portable radio. Just pop in four AA batteries, and it's ready to take out and about with you. The battery life isn't as long as what you'd get from a dedicated power pack. However, those power packs can be expensive, whereas some rechargeable AAs will only set you back a few pounds. If you want to use the radio at home, then it can also be powered via the included mains cable. 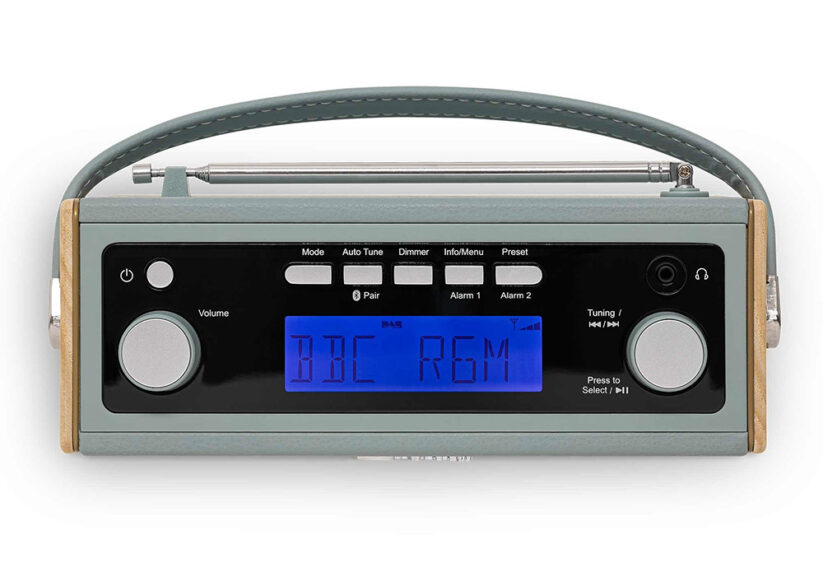 The Roberts Rambler BT Stereo is a solid update-on-an-update of a classic radio. As well as the extra speaker for stereo sound, Roberts have also made a few little tweaks that improve the overall user experience. Whether you want something for listening on the go, or just a radio that will brighten up your home decor, this model is a great choice.